Mc Douglas Scotch Ale is a pure malt gem which holds its own in every way against the famous cervoise of our Celtic ancestors. Its intense brown colour with its flamboyant glints is an open invitation, and its pronounced flavour and generous foam revive the palate and reawaken memories of far-off combats. This strong brown top-fermenting beer has all the taste of Scottish legend.

A deep ruby colour disguises the Celtic Scottish roots of this beer. A single mouthful reveals its austere origins, imparting a warm exotic flavour and a hint of sugar on the palate. A powerfully persuasive olfactory experience. 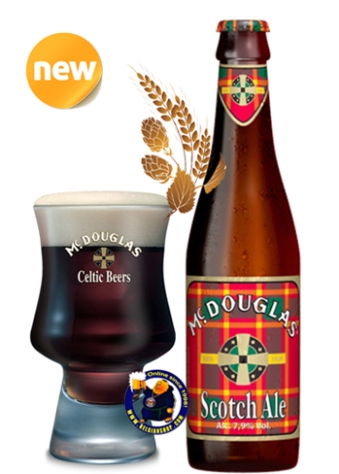